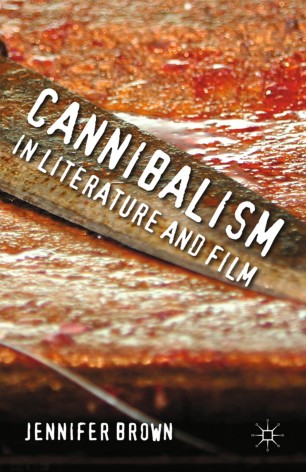 Cannibalism in Literature and Film

A comprehensive study of cannibalism in literature and film, spanning colonial fiction, Gothic texts and contemporary American horror. Amidst the sharp teeth and horrific appetite of the cannibal, this book examines real fears of over-consumerism and consumption that trouble an ever-growing modern world.

JENNIFER BROWN completed her PhD in English literature in Trinity College Dublin, Ireland in 2010. She has been a teacher of English language and literature for nine years, teaching in Ireland, Spain and Italy. She has presented at the International Gothic Association conference and published reviews with the Irish Journal of Gothic and Horror Studies.

"Brown's text usefully removes the study of cannibalism from the dominance of low cultural and low budget texts, and refreshingly exposes the permeability of the concept by mapping its appearance in high, middle and low cultural environs. By combining three centuries of cannibalistic depictions, Brown charts an expansive history which ultimately acts as a valuable entrance point in the study of the fictional cannibal. The correlation Brown finds between the cannibal's portrayal and the cultural, political, religious and geographical othering of certain peoples by the dominant Western media is hard to ignore; in short, Brown's book is an important