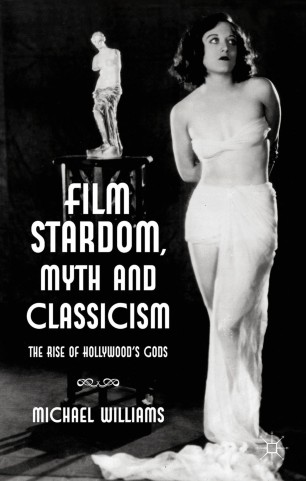 The Rise of Hollywood’s Gods

Since the golden era of silent movies, stars have been described as screen gods, goddesses and idols. This is the story of how Olympus moved to Hollywood to divinise stars as Apollos and Venuses for the modern age, and defined a model of stardom that is still with us today.

MICHAEL WILLIAMS is Senior Lecturer in Film Studies at the University of Southampton, UK. He is author of Ivor Novello: Screen Idol, and is co-editor of British Silent Cinema and the Great War published by Palgrave Macmillan. He has also written on stardom; film and antiquity, British cinema; landscape, sexuality and the heritage film.

'Williams' book is exemplary in its pursuit of illuminating parallels between the contemporary gods/goddesses and their classical antecedents. The particular period post-WW1 with its emphasis on heroes and broken men, on loss and celebration, on the marble memorialising of real-life heroes as compared with the potency of the star images caught in a complex mode of evanescence and permanence, is imbued with both poignancy for what is lost and the exhilaration of what the 'divinisation' (author's word) of the star phenomenon represents.' - Brian McFarlane, Monash University, Australia

'It must be recognised that the work of Williams brings a unique and thorough perspective to the phenomenon of the deification of the star, especially in Hollywood, and as such, it really is worth reading.' - Pierre Ve´ronneau, Historical Journal of Film, Radio and Television