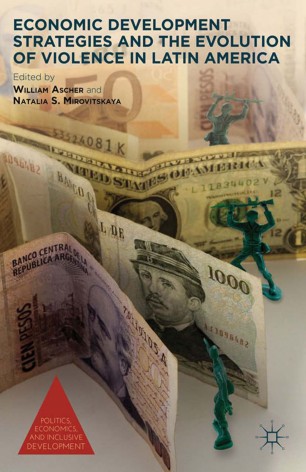 Economic Development Strategies and the Evolution of Violence in Latin America

Economic Development Strategies and the Evolution of Violence in Latin America explores the links between Latin American governments' economic policies and the nature and dynamics of inter-group violence. Based on the patterns of ten countries, the contributions to this volume trace the remarkable transformation from open ideological conflict to the explosion of social (seemingly apolitical) violence, the upsurge of urban crime, and the confrontations over natural resources and drugs across the region spanning from Mexico to Argentina. The variations in economic success and in conflict prevention and transformation can guide policymakers, development professionals, and activists committed to conflict-sensitive development.

"In broad terms, this collection is the first I have seen to systematically address the relationship between post-Cold War development patterns and the use of violence in Latin America. This is a difficult topic it was so much easier to address related questions during the Cold War, when a bipolar view of the world was so often superimposed on Latin America. Today, however, two decades after the disappearance of the Soviet Union, we know there are far more than two sides to almost every important question of Latin American politics and Latin American development patterns in particular. With standout contributions, this book will be of interest to students of comparative politics, both of violence in a cross-national context and of more traditional Latin American politics." - Lars Schoultz, William Rand Kenan, Jr., Professor of Political Science, The University of North Carolina at Chapel Hill, USA

"It is not a coincidence that Latin America is both the most unequal and the most violent region of the world. This timely book is a lucid attempt to demonstrate that the choice of development policies has contributed to intergroup conflict and to weakening the State, thus making violence a deep-rooted phenomenon." - Eduardo Lora, former Chief Economist of the Inter-American Development Bank, currently Senior Fellow at the Center for International Development, Harvard University, USA, and Editor of Vox.Lacea.org of the Latin American and Caribbean Economic Associationp>