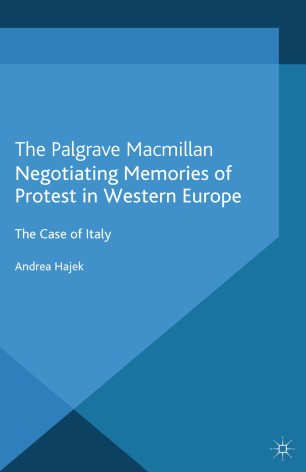 The Case of Italy

Negotiating Memories of Protest in Western Europe explores the transmission of memories of 1970s protest movements in Italy, Germany, France and Great Britain. Focusing on Italy, it analyzes commemorative rituals, memory sites and other forms of 'memory work' performed by social groups in a city where a protester was killed by police in 1977.