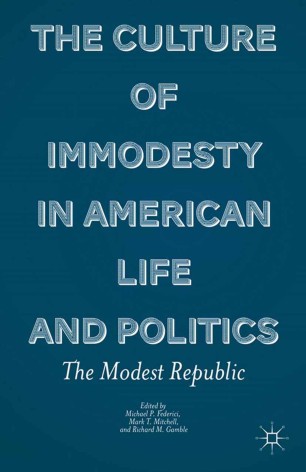 The Culture of Immodesty in American Life and Politics

By identifying and illustrating aspects of American culture that are out of sync with the modest republicanism that gave rise to the United States in the late eighteenth century, the contributors to this volume expose the vulgarity and excess of American culture.

"The theme of the United States as a Republic turned Empire is depressingly familiar these days, but those who cheer or damn the imperial turn focus almost exclusively on war and diplomacy. Largely missing from the debate has been analysis of how the needs of empire can corrupt domestic institutions and culture. The authors in this provocative anthology succeed in filling that gap by asking not only what the United States became, but what Americans lost when their Constitutional, federal, more or less pious, and modest republic ceased to exist." - Walter A. McDougall, Professor of International Relations, University of Pennsylvania, USA