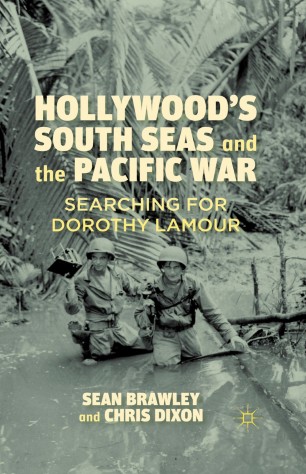 This book explores the expectations, experiences, and reactions of Allied servicemen and women who served in the wartime Pacific and viewed the South Pacific through the lens of Hollywood's South Seas. Based on extensive archival research, it explores the intersections between military experiences and cultural history.

Author Sean Brawley: Sean Brawley is an associate professor of History and Associate Dean (Education) of the Faculty of Arts at the University of New South Wales (Sydney). His major publications include The White Peril: Foreign Relations and Asian Immigration to Australasia and North America, 1919-1978 and The Bondi Lifesaver: A History of an Australian Icon. Author Chris Dixon: Chris Dixon is a reader in History at the University of Queensland. His previous publications include Perfecting the Family: Antislavery Marriages in Nineteenth-century America, African America and Haiti: Emigration and Black Nationalism in the Nineteenth Century, and Competing Voices from the Pacific War (with Sean Brawley and Beatrice Trefalt).

"Soldiers and sailors from the US, Australia, and New Zealand who fought in the South Seas were united by their military service against the Japanese and by their preconceived notion of what they expected to find when they arrived in the war zone. Service personnel were, in a sense, engaged in war tourism; while expecting sandy beaches and hula girls, they usually found a much grimmer world. The authors assert that the gap between expectation and reality often caused cognitive dissonance bordering on psychological trauma. Recommended." - CHOICE

"A fascinating, compelling look inside the Pacific War, with terrific new material on issues of gender and race during that pivotal time." - William H. Chafe, Alice Mary Baldwin Professor of History, Duke University, former president of the Organization of American Historians

"This deeply scholarly, disturbing, and often-hilarious history about the invention of the 'South Seas' is cultural history at its most absorbing. Sean Brawley and Chris Dixon's evocation of Hollywood's surreal portrayal of the war-torn South Pacific and the dangers of the so-called 'Dorothy Lamour Syndrome' is not only packed with jaw-dropping stories, but sheds a light on issues of sexuality, gender, and national identity." - Joanna Bourke, professor, Birkbeck College, University of London

"Based on extensive research and a sure reading of both culture and history, Hollywood's South Seas and the Pacific War analyzes not only the impact of the Second World War on the South Pacific and the interchange between Polynesian peoples and cultures and outsiders - black, white, male, female - but the impact of the war upon the ideal of the South Pacific - the 'South Seas' or the 'Dorothy Lamour syndrome.' 'South Seas fantasies' did not survive wartime South Pacific realities for most, and the book provides an important contribution to our understanding of the cultural interactions of the Second World War, and between combatants and indigenous populations." - Jeffrey Grey, professor, Australian Defence Force Academy

"Basing their judgments on an impressive range of archival collections, novels, films and other sources, Sean Brawley and Chris Dixon have written an engaging contribution to the cultural history of the wider Allied as well as the American military experience of World War II in the Pacific theater. Their study of Hollywood's imagined South Pacific as a tropical paradise, and of the wartime collision of that concept with the region's social realities and cultural complexity, will enrich Pacific as well as military history. It should also appeal to enthusiasts for the popular culture of the South Pacific film genre." - Ian Tyrrell, Scientia Professor of History, University of New South Wales