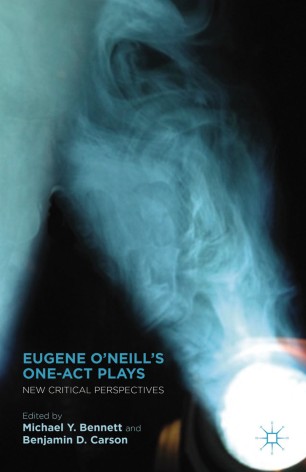 Eugene O'Neill, Nobel Laureate in Literature and Pulitzer Prize winner, is widely known for his full length plays. However, his one-act plays are the foundation of his work - both thematically and stylistically, they telescope his later plays. This collection aims to fill the gap by examining these texts, during what can be considered O'Neill's formative writing years, and the foundational period of American drama. A wide-ranging investigation into O'Neill's one-acts, the contributors shed light on a less-explored part of his career and assist scholars in understanding O'Neill's entire oeuvre.

"Eugene O'Neill's One-Act Plays: New Critical Perspectives is an important addition to O'Neill studies, and one that is likely to contribute . . . to the playwright's 'second birth.'" - Eugene O'Neill Review

"Bennett and Carson have assembled a team of outstanding scholars and produced a remarkable reexamination of the early one acts of Eugene O'Neill . . . Well written, researched, and excellent chapter endnotes. Summing Up: Highly recommended. Lower-division undergraduates through faculty and professionals; general readers." - CHOICE

"This collection of essays succeeds admirably at its editors' aims of revealing the continuity between O'Neill's early work and the great plays of his mature years and of placing his one-acts in the Modernist and Progressive Era contexts in which his work began. In the hands of long-standing O'Neill experts like Zander Brietzke, Thierry Dubost, Kurt Eisen, and Steven Bloom, as well as knowledgeable and talented younger critics, the plays receive what is in many cases their first serious scrutiny from the theoretical perspectives of sociology, economics, queer theory, epistemology, Existentialism, and formal aesthetics. These essays show they are worthy of it." - Brenda Murphy, Board of Trustees Distinguished Professor of English, University of Connecticut and author of The Provincetown Players and the Culture of Modernity

"Bennett and Carson have assembled a remarkable range of essays on a tough and enigmatic subject. The first of its kind and long overdue, this volume recasts O'Neill's too often dismissed one-acts in crucial ways - as the preliminary 'stammerings' of O'Neill's late masterworks, yes, but also as invaluable renderings of the political, economic, and sociological realities of America's Progressive Era and the turbulent modern scene that followed closely at its heels." - Robert M. Dowling, author and editor of the two-volume Critical Companion to Eugene O'Neill (2009) and Eugene O'Neill and His Contemporaries: Bohemians, Radicals, Progressives, and the Avant Garde (2011)