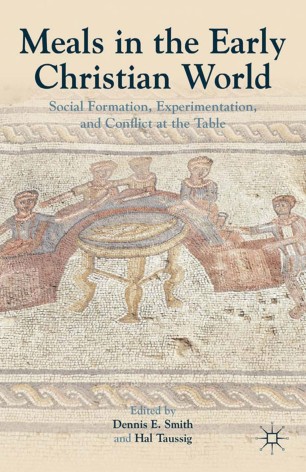 Meals in the Early Christian World

Social Formation, Experimentation, and Conflict at the Table

"In the beginning was the meal - the most basic and pervasive of social formations in the ancient world. These studies take us into this intimate world to discover its customs, its culture, and its power to create community among companions. A critical contribution to the study of antiquity and the social world of early Christianity." - Stephen J. Patterson, Atkinson Professor of Religious Studies, Willamette University

"Meals in the Early Christian World is a splendid collection that engages the essential issues for understanding banqueting practices in the ancient world: the structure and social functions of the meal; materiality and the physical aspects of dining; the ideals of social 'equality' and the realities of hierarchical arrangement and servitude; and the semiotics of 'reclining'. Resisting the temptation to fragment dining practices into 'Jewish,' 'Greek' and 'Roman' meals, this volume makes a compelling case for seeing dining practices as a common and unifying feature of ancient Mediterranean culture." - John S. Kloppenborg, Professor and Chair, Department for the Study of Religion, University of Toronto

"Dennis E. Smith and Hal Taussig, long known for groundbreaking work on the study of meals in the ancient world and early Christianity, provide in this collection of essays another fine contribution that will move the study of the Greco-Roman banquets into the future. By studying the typology, the archaeology, the participants, and the culture of these banquets, Meals in the Early Christian World moves forward the scholarship of the social settings of the banquets in dialogue with the pioneering works of Smith and Klinghardt, further broadening the shift their studies have championed." - Reimund Bieringer, Professor of New Testament Exegesis, Catholic University of Leuven, Belgium