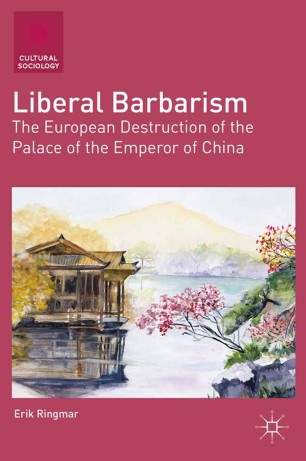 The European Destruction of the Palace of the Emperor of China

In Liberal Barbarism, Erik Ringmar sets out to explain the 1860 destruction of Yuanmingyuan - the Chinese imperial palace north-west of Beijing - at the hands of British and French armies. Yuanmingyuan was the emperor's own theme-park, a perfect world, a vision of paradise, which housed one of the greatest collections of works of art ever assembled. The intellectual puzzle which the book addresses concerns why the Europeans, bent on "civilizing" the Chinese, engaged in this act of barbarism. The answer is provided through an analysis of the performative aspect of the confrontation between Europe and China, focusing on the differences in the way their respective international systems were conceptualized. Ringmar reveals that the destruction of Yuanmingyuan represented the Europeans' campaign to "shock and awe" the Chinese, thereby forcing them to give up their way of organizing international relations. The contradictions which the events of 1860 exemplify - the contradiction between civilization and barbarism - is a theme running through all European (and North American) relations with the rest of the world since, including, most recently, the US war in Iraq.