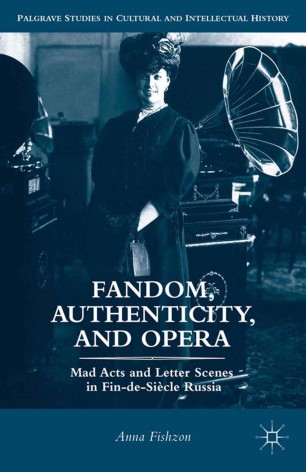 In Russia at the turn of the twentieth century, printed literature and performances - from celebrity narratives and opera fandom to revolutionary acts and political speeches - frequently articulated extreme emotional states and passionate belief. A uniquely intense approach to public life and private expression - the 'melodramatic imagination' - is at the center of this study. Previously, scholars have only indirectly addressed the everyday appropriation of melodramatic aesthetics in Russia, choosing to concentrate on canonical texts and producers of mass culture. Collective fantasies and affects are daunting objects of study, difficult to render, and almost impossible to prove empirically. Music and art historians, with some notable exceptions, have been reluctant to discuss reception for similar reasons. By analyzing the artifacts and practices of a commercialized opera culture, author Anna Fishzon provides a solution to these challenges. Her focus on celebrity and fandom as features of the melodramatic imagination helps illuminate Russian modernity and provides the groundwork for comparative studies of fin-de-siècle European popular and high culture, selfhood, authenticity, and political theater.