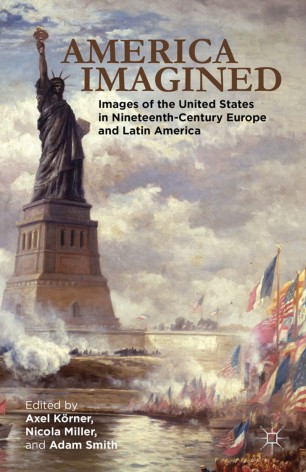 Explaining the United States in Nineteenth-Century Europe and Latin America

Why has "America" - that is, the United States of America - become so much more than simply a place in the imagination of so many people around the world? In both Europe and Latin America, the United States has often been a site of multiple possible futures, a screen onto which could be projected utopian dreams and dystopian nightmares. Whether castigated as a threat to civilized order or championed as a promise of earthly paradise, America has invariably been treated as a cipher for modernity. It has functioned as an inescapable reference point for both European and Latin American societies, not only as a model of social and political organization - one to reject as much one to emulate - but also as the prime example of a society emerging from a dramatic diversity of cultural and social backgrounds.

Adam I. P. Smith is a Senior Lecturer in US History, University College London, UK.

This superb co-authored study of the image of the United States in Europe and Latin America in the second half of the nineteenth century is one that demands a wide readership. The importance of this volume lies not only in its deep research and persuasive arguments, but also in how its methodology blazes the trail for future transnational and comparative scholarship.' – European History Quarterly

"Taken together, the essays in this volume are a welcome addition to the historical literature on international perceptions of the Unites States . . . Overall, the volume's analysis of how America was seen by non-Americans from the Civil War to the Spanish-American War is persuasive and instructive."  - Journal of American History

"Our knowledge of America in the world is greatly enhanced by this rich scholarly collection. Based on scrupulous documentary research and an open but discriminating analytical approach, these essays throw light both on America itself and the 'Americanism' that exerted such varied influence beyond its shores." - James Dunkerley, author of Americana: The Americas in the World, around 1850

"Imaginatively conceived and scintillating in its scholarship, America Imagined is a model of transnational and comparative cultural history. Alert to the possibilities and limitations of the 'global turn', the authors thematically explore the malleable images of the United States in Latin American and European minds through a turbulent era of modernisation. An analytical triumph." - Richard Carwardine, Corpus Christi College, Oxford, and co-editor of The Global Lincoln