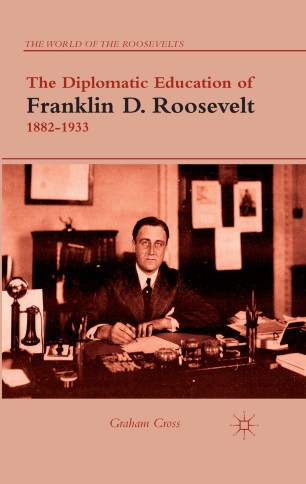 Part of the The World of the Roosevelts book series (WOOROO)

The importance of Franklin D. Roosevelt's thinking on international relations is self-evident. The truly enormous volume of historical writing on his views regarding U.S. foreign policy as president is testament to the momentous period during which he held office. Yet no consensus has emerged on what these views were: was he an internationalist or nationalist, passive or active towards world affairs, predominantly an idealist or realist in his philosophy and even whether he was an egregious political opportunist. This work offers an original intervention into this controversial debate by carefully examining the neglected development of FDR's views in the years before he became president. Using long-neglected or misread sources from FDR's early life and career, the work provides a timely clarification of a period that has, until now, been ignored, misunderstood or covered only in passing by historians.

GRAHAM CROSS is a teaching associate at Queens' College, University of Cambridge, UK and a teaching fellow at University College Dublin.