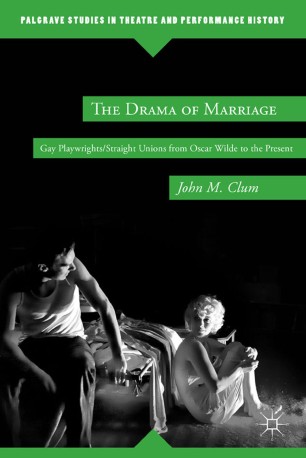 The Drama of Marriage

Gay Playwrights/Straight Unions from Oscar Wilde to the Present

In studying performances of marriage in modern and contemporary British and American drama, Clum highlights the fact that - paradoxically - at a time when theatre was both popular entertainment and high culture, many of the most commercially and artistically successful plays about marriage were written by homosexual men. Beginning with Oscar Wilde and focusing on some of the most successful British and American playwrights of the past century, including Somerset Maugham, Noël Coward, Terence Rattigan, and Emlyn Williams in England and Clyde Fitch, George Kelly, Tennessee Williams, William Inge, and Edward Albee in the US, The Drama of Marriagelooks at how the plays they wrote about heterosexual marriage continue to impact contemporary gay playwrights and the depiction of marriage today.