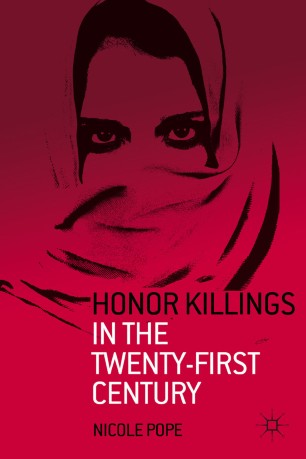 Honor Killings in the Twenty-First Century

Thousands of women are murdered every year by close relatives for allegedly violating an unwritten social code or rebelling against the patriarchal order. The book examines the roots and evolution of honor-based violence, as well as the ongoing struggle to eradicate it worldwide.

NICOLE POPE Swiss journalist and writer based in Istanbul, Turkey.

"Nicole Pope challenges everything you thought you knew about 'honor' killing." Today's Zaman

"[Pope] does not take for granted the irreflexive impenetrability that we attribute to time-honored ritual, one that has led to a deterministic view of honor killings as a practice perpetrated by people brainwashed by culture or religion the author argues that honor killings are a pliant and evolving phenomenon, often aggravated by the rapid changes of globalization. Such an argument helps us to contextualize the notion of tradition within the framework of the modern and think of the ways it 'evolves' within modern and liberal circumstance." Turkish Review

"In this powerfully written book, Nicole Pope takes a comparative look at so-called honor killings, searching out the patterns and triggers that cause families and relatives to kill women suspected of sexual misconduct or even just defiance or disobedience. Pope compares honor killings in Pakistan and Turkey with violence against women elsewhere in the world, opening the road to new ways of understanding what has often been seen as a Middle Eastern or Muslim problem. Her heart- wrenching interviews with victims' families and with women who survived illuminate the social and cultural forces that lead families to murder, but also give some glimpse of how this scourge might be eliminated." - Jenny White, associate professor of anthropology, Boston University and author of Islamist Mobilization in Turkey