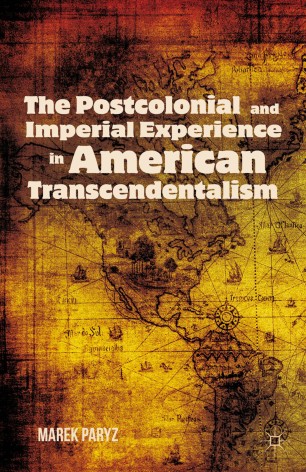 The Postcolonial and Imperial Experience in American Transcendentalism

Analyses literary representations of the American experience in selected works of Ralph Waldo Emerson, Henry David Thoreau, and Walt Whitman. Reveals the ambivalence that underlay the cultural and political development of the United States as a former colony.

MAREK PARYZ Associate Professor and Chair of the Section of American Literature at the Institute of English Studies at the University of Warsaw, Poland, and editor of the Polish Journal for American Studies.

'This deeply-informed study of Emerson, Thoreau, and Whitman in historical-ideological context offers the most persuasive assessment to date of the tangled symbiosis between the 'postcolonial' and 'imperial' dimensions of US Euro-settler literature during its formative period. Paryz demonstrates at once the pervasiveness of their respective preoccupations with issues of national destiny, their hesitancies concerning it, and the intellectual fertility of imagination arising from the unstable, inchoate admixture of aesthetic and sociocultural interests that competed with it. This achievement provides fresh confirmation, if further confirmation be needed, of the increasing percentage of innovative work in American Studies by scholars trained or working outside the United States.' - Lawrence Buell, Harvard University

'Paryz reads critically the close relationship between postcolonial dependence and imperial ambition in the new US nation. His focus on Emerson, Thoreau, and Whitman shows how liberal transcendentalism built its key ideas in response to powerful English influences and in support of US expansionist policies. This study of nineteenth-century US transnationalism by an important Polish scholar is further evidence of the value of internationalizing American Studies.' - John Carlos Rowe, USC Associates' Professor of the Humanities, University of Southern California