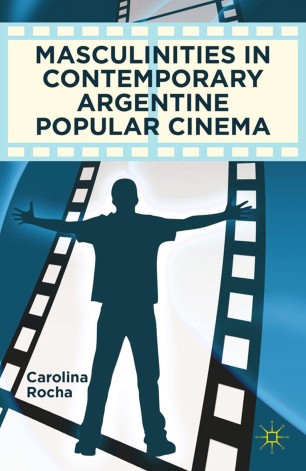 Carolina Rocha is an associate professor of Foreign Languages and Literature at Southern Illinois University Edwardsville.

'This study is timely not only because of the interlocking justifications for pursuing an emphasis on issues of masculinity but also because of the easy availability of these films, which demonstrates their commercial viability and interest film courses. Rocha is an excellent scholar of Argentine culture and I am impressed with her grasp of contemporary filmmaking. Her choice of two key films per chapter allows her to focus in detail on an array of aspects of the film beyond plot or theme and to look at how each film constructs complex meanings. The result is some excellent interpretive writing grounded in a detailed familiarity with the critical opinion each film has generated to date and, more importantly, the pertinent theoretical dimensions of masculinity studies that most advantageously legitimates her interpretations.' - David William Foster, Regents' Professor of Spanish and Women and Gender Studies, Arizona State University

'Rocha's book is an original and insightful examination of Argentine cinema and a needed addition to both film and cultural criticism of Argentina. Her focus on the cinematic articulations of Argentine masculinity helps illuminate not only the films that she discusses, but the way the country has grappled with shifting gender definitions in the wake of dictatorship and in the midst of neoliberalism.' - J. Andrew Brown, associate professor of Spanish, Washington University in St. Louis and author of Test Tube Envy: Science and Power in Argentine Narrative and Cyborgs in Latin America