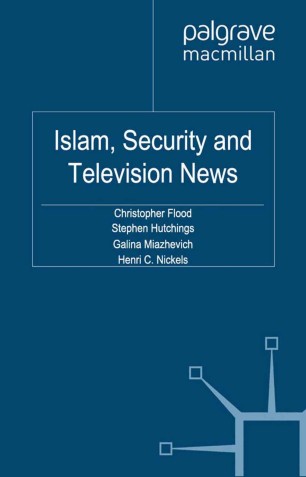 Focusing on British, French and Russian television news coverage of Islam as a security threat, this book provides the first comparative account of how television broadcasting in different geo- and socio-political environments integrates discourses on Islam into nationally oriented, representational systems.

CHRISTOPHER G. FLOOD is professor of European Studies and Academic Director of the Centre for Research on Nationalism, Ethnicity and Multiculturalism (CRONEM) in the Department of Politics at the University of Surrey, UK. He has published extensively on political ideology and mythology, aspects of nationalism, and the role of intellectuals as (re)producers of political ideas in Britain and France.

STEPHEN HUTCHINGS is professor of Russian Studies at the University of Manchester, UK, and President of the British Association for Slavonic and East European Studies. He has published widely on the Russian media and recently completed a major grant project on European television representations of Islam.

GALINA MIAZHEVICH is a Gorbachev Media Research Fellow at Oxford University, UK. She works on media representations of terrorism and inter-ethnic cohesion, new media, and democracy in post-communist Europe. Galina has published on emergent forms of post-Soviet identity and media coverage of extremism in the former Soviet Union.

HENRI NICKELS is a programme manager for Research (Social Science) at the European Union Agency for Fundamental Rights in Vienna. He works on analysing migration fluxes, combining research and policy work. He has published on media coverage of ethnic minorities in European societies, including Britain and France.

'This is a first class study of Islam-related news on national television in three major European states in the early years of the twenty-first century. The authors skilfully mix political and cultural analysis to support their central arguments regarding broadcast coverage of Islam at a time of heightened public concern about the overlapping threats posed by global terrorism. Highly topical, clearly written, cogently argued and subtly weaving together national, transnational and international factors, this book is essential reading for all those who want to move beyond the stereotypical language and imagery that permeate so much of the coverage of this issue in the mediated public sphere.' - Raymond Kuhn, Queen Mary, University of London, UK

'Islam, Security and Television News represents an extensive, transnational, comparative study of television news coverage of Islam and its position within a global security discourse. The authors provide a sophisticated, measured and reflexive analysis of patterns of coverage in the UK, France and Russia using a systematic, multidisciplinary approach and incorporating wide ranging case studies. Revealing the tensions in production and representational practices that occur as a result of transnational processes interacting with the local, this book rejects polarised positions in debates on the representation of Islam and in doing so makes a significant contribution to the field of study.' - Elizabeth Poole, Staffordshire University, UK