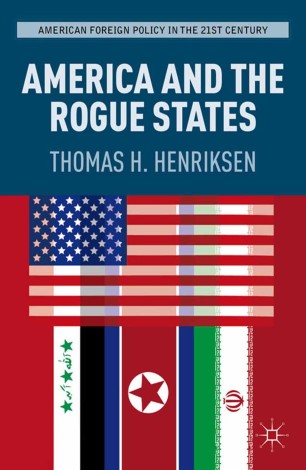 America and the Rogue States

America and the Rogue States traces and examines the policies and interaction of the United States with the main adversarial nations in the post-Cold War era. The book concentrates on the three major rogue states-North Korea, Iran, and pre-invasion Iraq. What are termed as lesser rogue nations-Libya, Syria, Cuba, and the Sudan-receive summarized treatment in one chapter together with a brief discussion about why Afghanistan and Venezuela are not rogues. The author makes clear the distinctions among these confrontational regimes, noting that North Korea, Iran, and Saddam Hussein's Iraq aroused much more anxiety in Washington than lesser rogues and other troublesome states. After an opening chapter placing the rogue-nation phenomenon in historical and current context, the manuscript devotes one chapter each to the three major adversarial rogues. A final chapter deals with the less threatening rogue regimes. Each chapter follows a chronological format with description and analysis. The work is intended for a general reader interested in the topic; it also will have appeal as a supplemental text for university classes in international relations covering the period after the Cold War ended.

THOMAS HENRIKSEN is a Senior Fellow at Stanford University's Hoover Institution. He is also a Trustee of the George C. Marshall Foundation. Dr. Henriksen specializes in US foreign policy, defense issues, and counter-insurgencies. He has authored or edited fourteen books or lengthy monographs and scores of articles. His preceding book to this one is American Power after the Berlin Wall. He is Palgrave's Series Editor for its new series American Foreign Policy in the 21st Century.

"Professor Henriksen has written a superb book, arguably the most complete work we have on the challenges to American's security posed by rogue regimes. With North Korea, Iran and Syria before us, this book could not have been timelier. A rare mix of history and policy, shrewd judgments, thoughtful, and graceful writing into the bargain." - Fouad Ajami, 2006 National Humanities Medal recipient and author of The Dream Palace and The Foreigner's Gift

"In these cogent snapshots of key rogue states, Henriksen documents two alarming facts: rogue states act not because of what the United States does, but for reasons of their own, and because of Iraq the United States is unlikely to take effective action against these countries. These facts shape an increasingly dangerous future." - Henry Nau, professor of Political Science and International Affairs, the Elliott School of International Affairs at George Washington University.

"A thorough historical treatment of the rise of rogue states and the reaction to them by the United States and others with a special focus on the last two decades. Professor Henriksen's book provides interesting insights into the motivations and objectives of players as different as Cuba and North Korea, Iran and Sudan. Recommended for those wanting to have a deeper knowledge of the rise and in some cases fall of these states a phenomenon which keeps leaders around the world preoccupied, irritated and attentive." - Thomas R. Pickering, Former Under Secretary of State for Political Affairs.