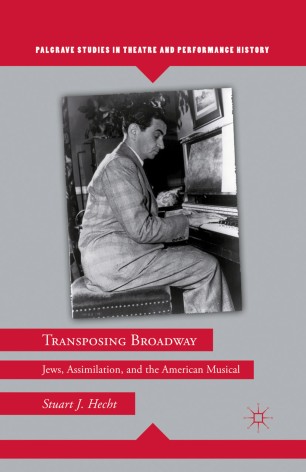 Jews, Assimilation, and the American Musical

Over the last hundred years, musical theatre artists - from Berlin to Rodgers and Hammerstein to Sondheim - have developed a form that corresponds directly to the Americanization of the increasingly Jewish New York audience; and that audience's aspirations and concerns have played out in the shows themselves. Musicals thus became a paradigm which instructed newcomers in how to assimilate while correspondingly envisioning "American Dream" America as democratic and inclusive. Broadway musicals still continue to function today as "cultural Ellis Islands" for fringe populations seeking acceptance into the nation's mainstream - including women, blacks, Latinos, and gays - all essentially modeled upon the Jewish example. Stuart J. Hecht offers a fascinatingexamination of the relationship between Jews, assimilation, and the changing face of the American musical.