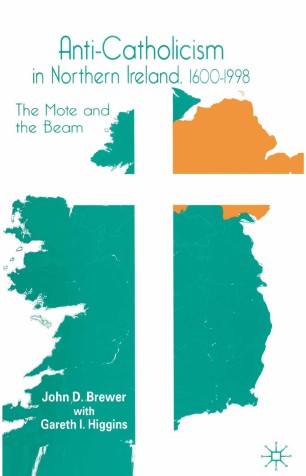 The Mote and the Beam

Anti-Catholicism forms part of the dynamics to Northern Ireland's conflict and is critical to the self-defining identity of certain Protestants. However, anti-Catholicism is as much a sociology process as a theological dispute. It was given a Scriptural underpinning in the history of Protestant-Catholic relations in Ireland, and wider British-Irish relations, in order to reinforce social divisions between the religious communities and to offer a deterministic belief system to justify them. The book examines the socio-economic and political processes that have led to theology being used in social closure and stratification between the seventeenth century and the present day.