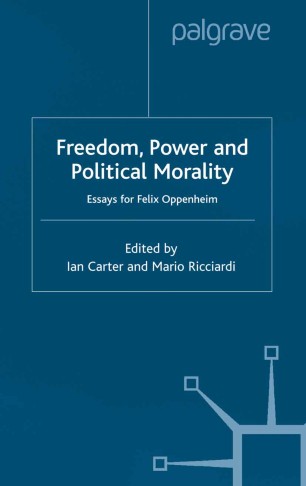 This collection of new essays on political and legal theory concentrates on themes dealt with in the work of Felix Oppenheim, including fundamental political and legal concepts and their implications for the scope of morality in politics and international relations. Among the issues addressed are the relationship between empirical and normative definitions of 'freedom', 'power' and 'interests', whether governments are free to act against the national interest, and whether they can ever be morally obliged to do so.