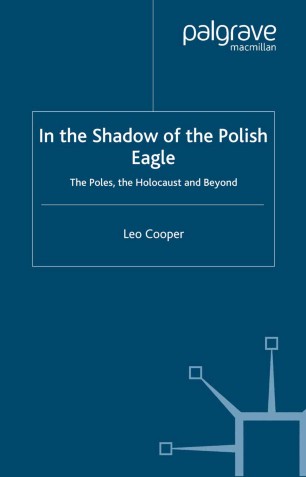 In the Shadow of the Polish Eagle

The Poles, the Holocaust and Beyond

The behaviour of many Poles towards the Jewish population during the Nazi occupation of Poland has always been a controversial issue. Although the Poles are supposed not to have collaborated with the invaders, there is evidence to show that in respect of the Jewish population, the behaviour of many Poles, including members of the underground, was far from exemplary. Poland is also the only European country where Jews were being murdered after the end of the war and where strong anti-Semitic tendencies are still present. This book analyses this question in an historical context and attempts to offer an explanation for the phenomenon of Polish anti-Semitism during and after the end of the war. The work is based on recently uncovered documents as well as on personal accounts of witnesses to the events during the war.