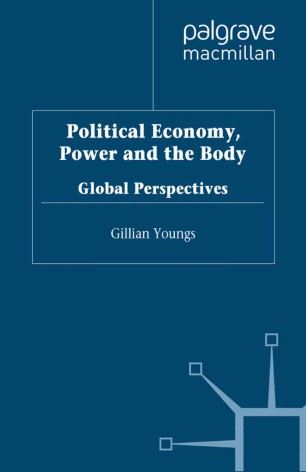 Political Economy, Power and the Body

Political Economy, Power and the Body is carefully organized to provide an introductory section of three chapters which set out a number of detailed theoretical arguments relevant to the work developed in the next two sections. In this sense the collection should be a major contribution in laying the groundwork in the new area. The strength of the volume lies in the way the individual chapters bring theory and practice together. It could be argued that it represents the maturity of feminist work in international political economy now. The book will be a vital teaching as well as research text, especially in international relations/international political economy/women's studies generally.