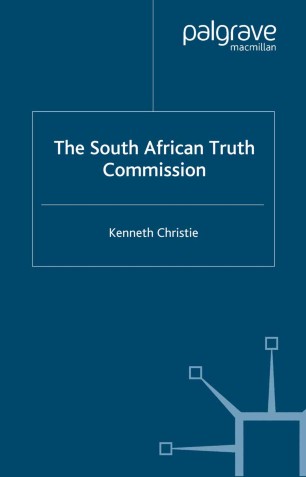 Over the last thirty years, many political transitions from authoritarian regimes and dictatorial political systems have been accompanied by Truth Commissions. Since 1974 there have been over twenty of these Commissions established in countries as diverse as Argentina, Chile, Uruguay, Bolivia, El Salvador, Ethiopia, the Philippines and Germany, among others. Perhaps the most important Truth Commission of our time is the South African one which also seeks to act as a mechanism for reconciliation in a divided society. The South African conflict was extremely long and violent; its victims suffered traumatic experiences and, in part, one of the Commission's functions is to allow their story to be told. This book tries to examine the Truth Commission here and the issues that surround it, assessing different versions of the South African past and the complex negotiations leading to the establishment of the Commission and the complex politics of amnesty, justice and nation-building.