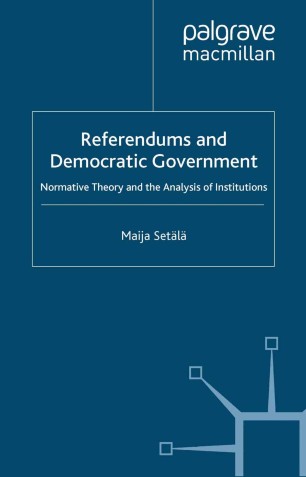 Normative Theory and the Analysis of Institutions

Referendums and Democratic Government is the most systematic analysis of the referendum so far. The referendum phenomenon is approached from different perspectives: social choice theory, theories of democracy, a comparative study on 22 democracies, and in-depth case studies of Sweden, Denmark and Switzerland. The referendum is not a unitary phenomenon but it serves various functions and different normative goals in the political systems studied. This variation may largely be explained by the differences in the initiating and agenda-setting procedures.