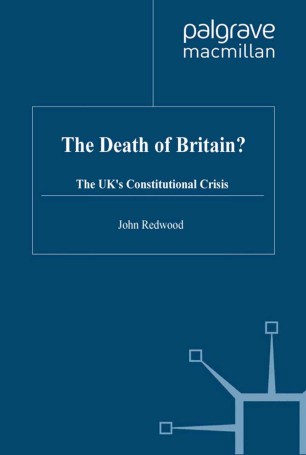 The Death of Britain?

Can the United Kingdom survive devolution, European integration, reform of the Lords, slimming of the monarchy and proportional representation? Will the new House of Lords be anything more than a rubber stamp full of friends of the Prime Minister? Will Scotland now shatter the Union by demanding full independence? In this dramatic new book John Redwood looks at the sweeping changes to Britain's institutions, democracy and the way of life now arising from the European project. Viewing the Blairite revolution as the agency for wider changes coming from the agenda of France, Germany and the European Commission, Redwood asks the key questions: are these changes inevitable, are they desirable, and what will they mean for British democracy?