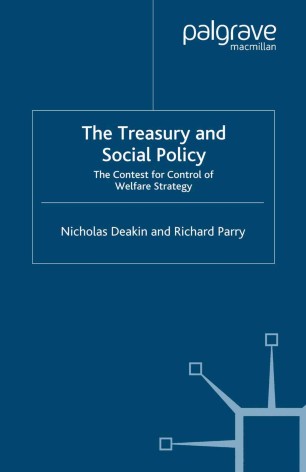 The Contest for Control of Welfare Strategy

What is the power of the Treasury in controlling the policies and development of the welfare state? Drawing on in-depth interviews with officials of the Treasury and the spending departments, this book traces the developing role of the Treasury in setting social policy, especially under Gordon Brown's chancellorship.

NICHOLAS DEAKIN is Honorary Professor of Social Policy at the University of Birmingham, where he was Professor from 1980 to 1998, and previously worked in the Home Office and Greater London Council. His publications include The Politics of Welfare.

RICHARD PARRY is Senior Lecturer in Social Policy at the University of Edinburgh, where he has worked since 1981. His publications include the United Kingdom sections of Growth to Limits and articles and chapters on the politics of social policy in Scotland, Britain and Europe.