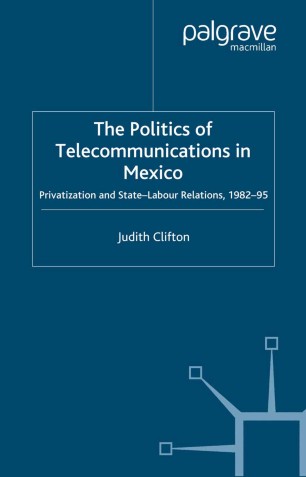 The Politics of Telecommunications in Mexico

This text argues that, instead of leading toward greater democratization, Mexico's policies of privatization in the 1980s were used for personal benefit, and to lubricate the existing state-labour relationship. It builds its case around the privatization of Mexico's telecommunications.