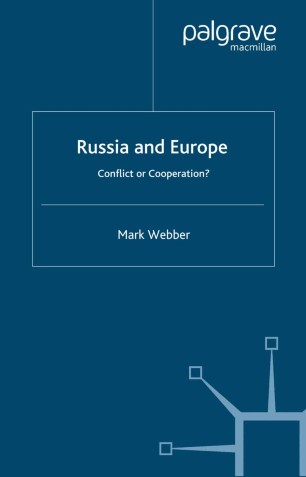 Russia and Europe: Conflict or Cooperation?

This volume focuses on how Russian policy toward Europe (and sometimes, by extension, the West more broadly) has developed since the end of the Cold War and the disintegration of the Soviet Union. It argues that important aspects of cooperation have endured in the relationship despite all the vicissitudes of Russian domestic politics and at a time of flux in the international relations of the European continent. This cooperation has, at times, been fragile and has not prevented some obvious and deep-seated disagreements. It has, however, survived. Indeed, Russia and Europe have increasingly 'routinized' their relationship in a range of formal multilateral institutions.