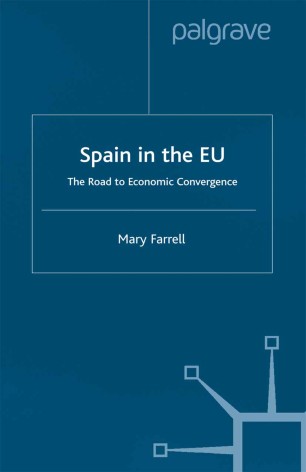 Spain in the EU

The Road to Economic Convergence

Spain and the EU takes the country's accession to the European Community in 1986 as its starting point and traces the changes in the national and regional economy, the shifts in national economic policy, and the fundamental restructuring of a public sector only recently enlarged as a result of the country's transition to democracy. The book identifies the challenges that continue to confront the Spanish polity under monetary integration in the pursuit of convergence towards the EU model, while retaining national cohesion. Aimed at an academic and general audience, the issues raised in this book have broader lessons for the management of integration at the national and sub-national level, particularly for new member states.

MARY FARRELL is Senior Lecturer in European Economics within the School of European and Language Studies at the University of North London. Dr Farrell has conducted research on the impact of European integration on national political and economic systems, and on European Union technology policy. Recent publications include EU and WTO Regulatory Frameworks: Complementarity or Competition?