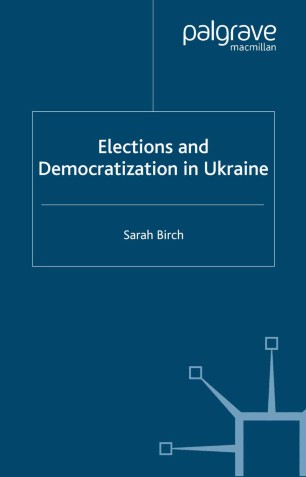 Elections and Democratization in Ukraine

Elections and Democratization in Ukraine analyses the role of competitive elections in the Ukraine's crucial democratic transition period of 1989 to 1998, focusing on how Ukrainian voters make vote choices and which electoral cleavages are most important. Contrary to those who claim that the Soviet Union left in its wake an atomized society with weak social divisions, this study argues that the Ukrainian electorate has from the advent of competitive elections exhibited relatively stable voting behaviour.