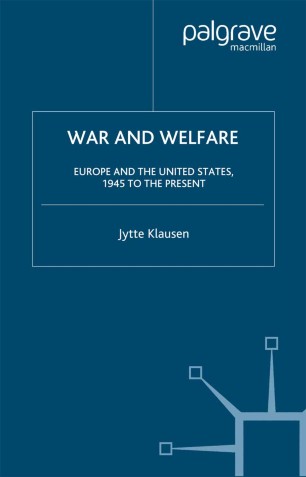 Europe and the United States, 1945 to the Present

From belligerent to neutral countries, the civilian war economy that developed from 1939 to 1945 created the foundations for the postwar welfare state. War and Welfare examines the legacy of the 'warfare state' and reveals how it paved the path for the welfare state in ensuing decades. Jytte Klausen shows how the institutional marks made by World War II were critical to capitalist reform after the war. She argues that the warfare state was a gift to the European Left, and asserts that state-expansion and the changing domestic order during the war, in most countries regardless of their stances, anticipated the welfare state. When the war ended in 1945, the reconstruction process rested on piecemeal decisions to remove or retain war-time controls over the economy, ranging from state cartels to wage fixing. Klausen argues that the welfare state ratified prior changes in state-society relations and represented a continuation of institutional development undertaken during the war years. Meticulously researched and cogently argued, War and Welfare offers a different angle on the conception and construction of the welfare state, and lends insights into what may lie ahead in the future.