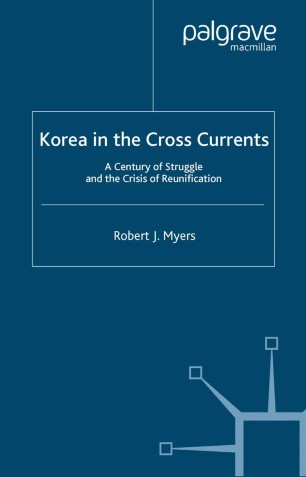 Korea in the Cross Currents

A Century of Struggle and the Crisis of Reunification

The Korean peninsula underwent a continuous number of earth-shaking events in the twentieth century - although it is generally out of the earthquake zone. Jutting off the extreme northeast edge of the Eurasian landmass, and with a combined population of nearly seventy million people, North and South Korea are situated among China, Japan and Russia. They are also profoundly influenced by the United States because of the circumstances of the Korean War (1950-1953). The issues of war and peace, left over from the Korean war, remain unresolved; these two separate states are the residue of the Cold War. This anomaly still poses ominous prospects for war or peace in Asia, and American national security interests. Focusing on the last hundred years of Korea's long history, and its particular relationship with China, one is in a position both to understand and marvel at the events of this century on the Korean peninsula. At the same time, the complexity of the division of the country into North and South Korea - not just a perennial struggle between good and evil, although that is certainly part of the story - places the future at risk. There was one terrible war that divided the 20th century in half and there are threats of more trouble to come. This study of the history of the past century will provide some answers and open the way to informed speculations.