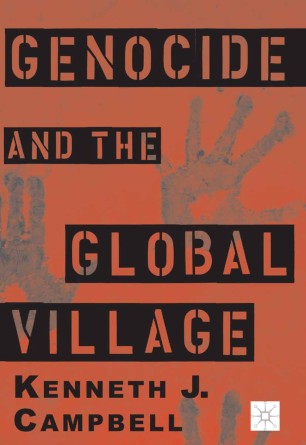 Genocide and the Global Village

A half-century ago, the international community made a solemn promise to 'never again' allow genocide to go unchallenged. In the early days of the Post-Cold War 'New World Order,' though, international leaders failed to stop horrific genocides in Bosnia and Rwanda, chiefly because Western leaders lack the 'political will' to use decisive force to suppress ongoing genocide. Despite increased attention to war crimes issues in the Clinton Administration, and increased rhetoric about its commitment to halting genocide, American military force policy still gives lowest priority to responding to gross abuses of human rights. In Genocide and the Global Village , Kenneth Campbell explains why the international community fails so miserably to prevent, suppress, and punish contemporary genocide. The book integrates the scattered pieces of this complex problem - political, military, legal, and ethical - into a more complete, clearer picture of the challenge facing the world today. Campbell engages in a complex, multi-level analysis of genocide's impact upon world order, and the inter-play of politics and morality in the international community's determination of the appropriate role for military force in halting genocide and securing an emerging global civil society. Campbell recommends practical steps the international community can take to greatly improve its response the next time genocide occurs - a next time that will occur.