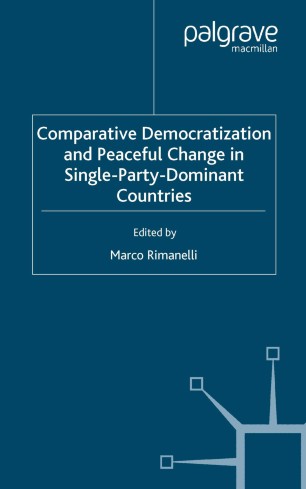 One of the more positive international trends as of late has been the transformation of several countries from authoritarian-based dictatorships and single party systems into multi-party democracies characterized by peaceful political transitions. In this volume, a group of experts are gathered to analyse this progression on a comparative level. The scholars examine previously right-wing regimes in Brazil, Argentina, and South Africa, former Communist states in Russia, Poland, Hungary, and Czechoslovakia, and single party-dominant democracies in Italy, Japan, Mexico, and Israel. The essays reveal how the dramatic collapse of the USSR functioned as a crucial catalyst in allowing pent-up domestic pressures for change to emerge in a less charged international environment. In addition, the chapters study the historical and current evolution of these countries, focusing on their success in developing long-term pluralistic structures, and gauging whether these recent trends are more overnight fads than long lasting advancements.