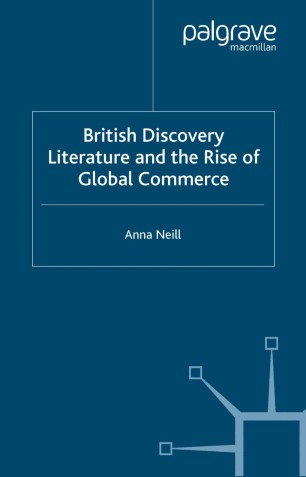 British Discovery Literature and the Rise of Global Commerce

British Discovery Literature and the Rise of Global Commerce examines how, between 1680 and 1800, British maritime travellers became both friends and foes of the commercial state. These nomadic characters report on remote parts of the globe in the twin contexts of an increasingly powerful imperial state and an emerging world economy. Examining voyage narratives by William Dampler, Daniel Defoe, Jonathan Swift, Tobias Smollett, Samuel Johnson, James Cook, and William Bligh, Neill demonstrates how the transformation of travellers from nomadic outlaws into civil subjects , and vice versa, takes place against the political-economic backdrop of commercial expansion.

ANNA NEILL is Assistant Professor of English at the University of Kansas. She is author of articles on travel literature in Eighteenth-Century Studies, Women's Writing and The Eighteenth Century: Theory and Interpretation. She has also published articles on film and on cultural studies and pedagogy.