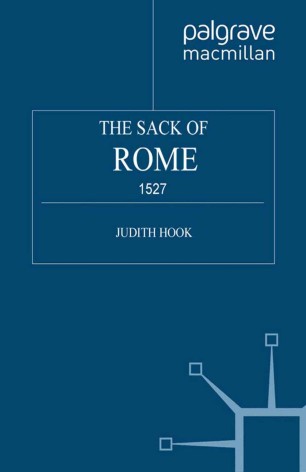 The Sack of Rome

The sack of Rome shocked the Christian world. Following the battle of Pavia, Pope Clement VII joined (1526) the French-led League of Cognac to resist the threatened Habsburg domination of Europe. Emperor Charles V appealed to the German diet for support and raised an army, which entered Italy in 1527 and joined the imperial forces from Milan, commanded by the Duke of Bourbon. This army marched on Rome, hoping to detach the pope from the league. The many Lutherans in its ranks boasted that they came with hemp halters to hang the cardinals and a silk one for the pope. Rome fell on 6 May 1527, Bourbon being killed in the first assault. Discipline collapsed, and the city was savagely pillaged for a week before some control was restored. Judith Hook's book is here reprinted with a foreward by Patrick Collinson.