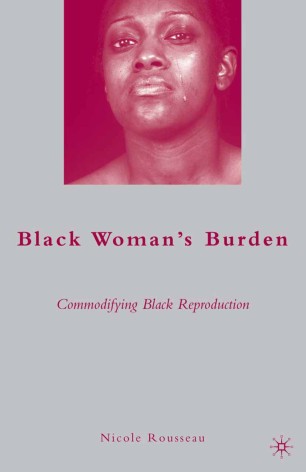 Black Woman's Burden examines the historical endeavors to regulate Black female sexuality and reproduction in the United States through methods of exploitation, control, repression, and coercion. The myth of the "angry Black woman" has been built over generations through clever rhetoric and oppressive social policy. Here, Rousseau explores the continued impact of labeling and stereotyping on the development of policies that lead to the construction of national, racial, and gender identities for Black women.

NICOLE ROUSSEAU is assistant professor in the department of Sociology at Kent State University, USA.

"Black Woman s Burden is a book that should be read by everyone who believes in human rights. It is that rare book that marries political economy with the reproductive rights of an oppressed class. Once more we see in her brilliant work that the personal experiences have political and historical antecedents. Despite the fact that black women are the most dedicated, educated, and stable members of the black community, they remain the most devalued and stigmatized group among the panorama of sub-groups in the United States. This book explores how a predatory political and economic system operates to deprive her of control over her body, a condition that has existed since her introduction to the new world. This book is worth our reading and, more importantly, needs our action to redress these acts of oppression that remain a fundamental part of her life." - Robert Staples, Emeritus Professor, Graduate Program in Sociology, University of California, San Francisco