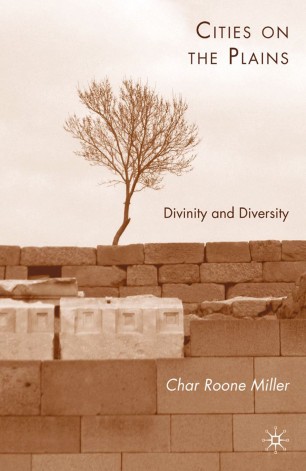 Cities on the Plains

Theological concepts continue to maintain political concepts well after those theological concepts are no longer supported by belief. Cities on the Plains examines some of these concepts in the light of five different times and places. It is both a response to theological concerns in contemporary political theory and broadly accessible examination of familiar political issues touched by the divine - such as gay marriage, 911, or the French tradition of laicité. Concerns of difference and the divine are pursued through broadly familiar texts (the Bible, and Gore Vidal), significant texts of political theory (Plato and Augustine), and less common texts (Averroes). Gods, or the intellectual territory they used to occupy, are treated as important features of the political; contesting with these gods can help us visit, defend, and desire, (to paraphrase Deleuze and Guatarri) new cities and new peoples.

CHAR ROONE MILLER is an Assistant Professor in the Department of Public and International Affairs of George Mason University, USA.