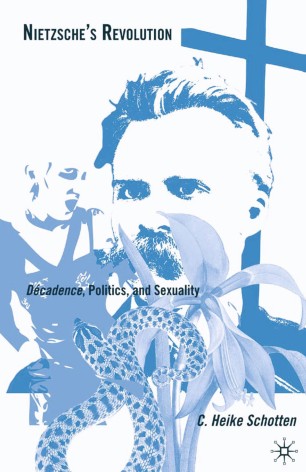 This book claims Nietzsche as a leftist revolutionary but without overlooking the conservative and retrogressive elements of his political philosophy. The author argues that these two 'halves' of his philosophy help construct a new form of politics for contemporary readers, a possibility of revolution post-Marx.

C. HEIKE SCHOTTEN is Assistant Professor in the department of Political Science at the University of Massachusetts, Boston, USA.

"Seizing upon the incompatibility of Nietzsche s affirmation of life, his identification of life with woman, and his focusing on the emasculation of culture as the central feature of modernity s decadence, Schotten draws attention to both contradiction and gender as operating at the center of Nietzsche s thinking. Noting that Nietzsche could not ultimately capitalize on his own revolutionary potential, this text makes a persuasive case - one that will excite some and enrage others - that there remain important resources in Nietzsche for a post-Marxist, post-structuralist, and post-heterosexist revolutionary agenda. And, insofar as it demonstrates, perhaps more successfully than any other work to date, that gender deserves attention as a central thematic in Nietzsche's critique of modernity, it should take a place among the important contributions to the secondary literature." - Alan D. Schrift, F. Wendell Miller Professor of Philosophy, Grinnell College; andeditor, The Complete Works of Friedrich Nietzsche