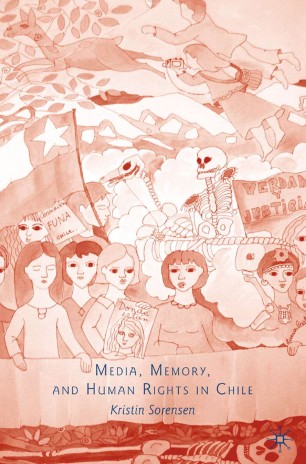 Sorensen investigates the manner in which Chilean media and public culture discuss human rights violations committed during the dictatorship of General Augusto Pinochet (1973-1990) as well as human rights problems which still exist.

KRISTIN SORENSEN is Assistant Professor in the Department of Global Studies at Bentley University, USA.

"Sorensen has produced a fascinating and important case study of the interplay of media, collective memory, and the search for accountability and meaning post-Pinochet Chile. Calling attention to the vital role that television, documentaries, and other media play in reflecting and shaping contested representations of a traumatic past, this book will be important for readers interested in transitional justice and the aftermath of authoritarian regimes in other historical contexts." - David Cohen, Director, Berkeley War Crimes Studies Center, University of California, Berkeley

"An important work to understand the crucial roles that the media play in the construction of memories of traumatic political events. In her well- researched book, Sorensen skillfully analyzes how in a society in which competing memories co-exist, self-censorship persists, and the remains of fear are still present, human rights discourses are produced, circulated, and consumed within evolving political environments." - Susana Kaiser, Professor in the Department of Media Studies, University of San Francisco; Author of Postmemories of Terror; A New Generation Copes with the Legacy of the "Dirty War"

"For Chilean journalists, the sixteen-year dictatorship ruled by General Augusto Pinochet was a long and hard nightmare. Never before, in almost 200 years of independent history, had the media and journalists of our country suffered so many difficulties: censorship, self-censorship, arbitrary detentions, exile, and even murder by the regime's secret police. For us, it is very important that these fateful events are not forgotten. And Kristin Sorensen is very well qualified to tell the story: she knows Chile, and she is sensitive enough." - Abraham Santibáñez, President of Chile's Association of Journalists; Professor of Journalism, University of Diego Portales, Chile