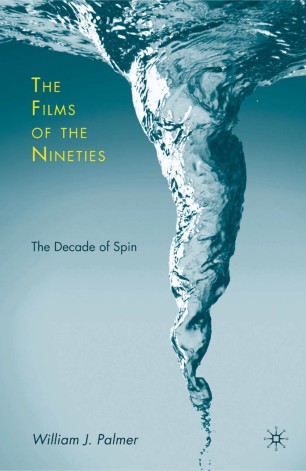 The Films of the Nineties

The Decade of Spin

By breaking down classic films from the nineteen-nineties such as Forest Gump and Titanic, this book offers a reel-to-reel cultural analysis, chronicling the concept of 'spin' as a major sociopolitical persuasion strategy.

WILLIAM J. PALMER is Professor of Literature and Film in the English Department at Perdue University, USA.

"This book contains terrific lists of films collected under key thematic headings - history films, films about politics, about sex, about spin. As a dazzling representation of spin, Wag the Dog (1997), according to Palmer, "may be the decade-defining film of the nineties." Bolstered by postmodern theory, the "spin" thesis is interesting, and descriptions of individual films are illuminating." - Choice