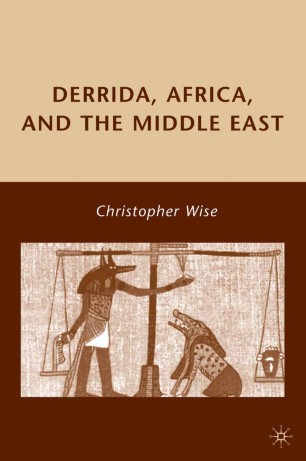 The north African roots of Jacques Derrida - he was born in Algeria, and lived there until he was nearly twenty - have yet to receive due consideration. Derrida, Africa, and the Middle East investigates the iconic theorist s claim to "Black, Arab, and Jewish" identity, demonstrating for the first time his significance for Africa and the Middle East while remaining mindful of the conflict between these Jewish and Arab heritages. Even as it criticizes Derrida s analyses of the Palestinian-Israeli conflict, it shows why Derrida s idiosyncratic politics should not deter his critics. Further, this study reveals similarities between deconstruction and ancient Egypto-African ways of thinking about language, and posits a new critical lineage - one with origins outside the bounds of Greco-Roman thought.