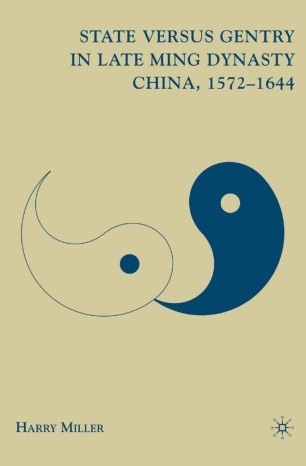 This book looks at the bitter factionalism in the last days of China's Ming Dynasty as an ideological struggle between scholar-officials who believed that sovereignty resided in the imperial state and those who believed that it resided with the learned gentry.

HARRY MILLER is an Assistant Professor of History at the University of South Alabama, USA.

"Harry Miller provides an essential and authoritative account of the last quarter of the Ming Dynasty, blending political, social, and intellectual history. Writing with clarity and concision, he touches on a wide range of issues and frequently offers novel interpretations. By bringing together a sequence of political events, and analyzing them from the perspective of factionalism that was informed by philosophical differences, Miller has produced a truly innovative unifying overview of late Ming history." - Edward L. Farmer, University of Minnesota"Harry Miller has given us a dramatic new way of looking at the late Ming, placing himself in the front rank of a generation of new and innovative scholars such as Nimmick, Robinson, Marme, and Swope. He brings a revisionist view that focuses on the necessity of looking throguh Confucian rhetoric to the vicious power struggles that lay beneath the surface of the ideological battles. This is a tightly argued book with a clear and accessible interpretation." - Murray A. Rubinstein, Baruch College