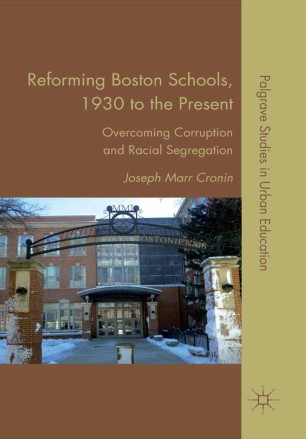 Reforming Boston Schools, 1930 to the Present

Boston s schools in 2006 won the Eli Broad Prize for the Most Improved Urban School System in America. But from the 1930s into the 1970s the city schools succumbed to scandals including the sale of jobs and racial segregation. This book describes the black voices before and after court decisions and the struggles of Boston teachers before and after collective bargaining. The contributions of universities, corporations and political leaders to restore academic achievement are evaluated by one who observed Boston schools for forty years.

Joseph Marr Cronin has been a Professor and Dean at Harvard and Lesley Universities and President of Bentley College. He was the first Massachusetts Secretary of Education. Recently he has taught at Boston University and been Senior Fellow at the New England Board of Higher Education, the Nellie Mae Education Foundation, and Eduventures. He wrote The Control of Urban Schools and Organizing an Urban School System for Diversity.

"Cronin provides us with a complete and compelling version of historical developments in the Boston Public Schools through most of the 20th century. While much ink has been spent on 'busing in Boston' and the history of the schools through the desegregation era of the 1970s, Cronin places this and other developments in the long history of the civil rights and education reform movements in Boston and the nation. Anyone concerned with the difficult work of reforming urban public education should read this book." - James W. Fraser, Professor of History and Education at New York University's Steinhardt School of Culture, Education, and Human Development

"Reforming Boston Schools is a compelling history of an urban public school district's struggle to provide a quality education for its students in a context of changing demographics, disparate views about race, class and equity, contentious politics, patronage and periods of rapid turnover in leadership. The lessons of history are clear and the hopes and aspirations for reaching a new standard of achievement are documented." - Thomas W. Payzant, Boston Superintendent of Schools 1995-2006; Senior Lecturer, Harvard Graduate School of Education

"One of Cronin's valuable contributions is comparing the minimal rights of Boston teachers before 1965 with the strength of collective union action in recent decades. He also evaluates the impact of the Massachusetts Education Reform Act, which I co-authored in 1992-93. To our great satisfaction this statute helped raise Boston student achievement while reducing union-management conflict over wages and educational innovation. Every urban educator should read about how Boston schools have improved." - Thomas Birmingham, Esq., Former President of the Massachusetts State Senate Senior Counsel; Edwards Angell Palmer and Dodge, Boston