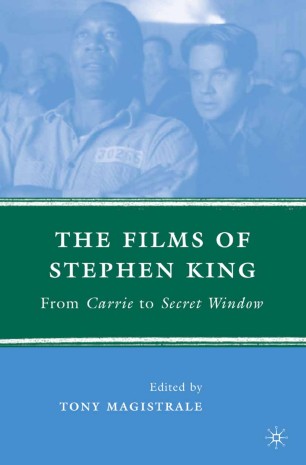 The Films of Stephen King

From Carrie to Secret Window

The Films of Stephen King is the first collection of essays assembled on the cinematic adaptations of Stephen King. The individual chapters, written by cinema, television, and cultural studies scholars, examine the most important films from the King canon, from Carrie to The Shining to The Shawshank Redemption.

TONY MAGISTRALEProfessor and Associate Chair of the English Department at the University of Vermont, USA. He has published twenty books and is widely considered one of America's foremost scholars of horror film, gothic fiction, and the work of Stephen King.

'This book is a useful elucidation of King's work through the skewed lens of Hollywood.' - Publishers Weekly Review

'Magistrale digs deeper than mere plots, excavating compelling and disturbing themes in the gothic oeuvre of the master storyteller; he deserves accolades for bricking a foundational context for interpreting the enduring visions of King.' - Choice