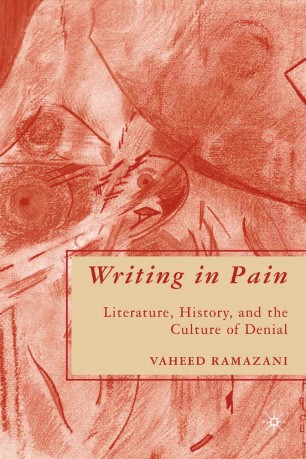 Literature, History, and the Culture of Denial

This book argues that while pain is an irreducible neuro-physiological phenomenon, how pain is experienced is powerfully inflected by language and culture. Using Second Empire France after Napoleon III's seizure of power as a particularly revealing time of re-acculturation, it elaborates on the "culture of denial."

"One anticipates future publications by Vaheed Ramazani hopefully and with pleasure." - SubStance

"The cogency and scope of this challenging but compelling argument about pain and the rhetoric of pain is as breathtaking as its exposition is patient and precise" - Ross Chambers, University of Michigan (Emeritus)"Ramazani s study measures the cultural resonances of the transformations of 19th century France by looking at an elemental register of human experience, pain. His thesis is arresting: that the cultural processing of pain mirrored and deepened the forms of material stratification and segregation increasingly imposed upon people and increasingly brought to consciousness by the developments that Louis-Napoleon s regime was organizing for France.Ramazani s analysis is theoretically sophisticated; his scholarship is extensive and pertinent. His close readings are ingenious and revealing. This is an important book on a fundamental topic." - Richard Terdiman, Professor of Literature and the History of Consciousness, University of California, Santa Cruz