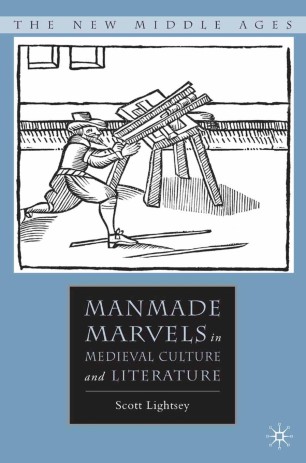 This book examines marvels as tangible objects in the literary, courtly, and artisanal cultures of medieval England, but these clever devices, neither wholly semiotic nor purely positivist objects, are imbued with diverse cultural significance that illuminates in new ways the familiar literature of the Ricardian period.

SCOTT LIGHTSEY is Assistant Professor of Medieval Language and Literature in the Department of English, Georgia State University, USA.

"This is extremely original and imaginative research and there is nothing else like it in the field. Lightsey has brought together an almost obsessive interest in curiosities and similacra with a sweeping theoretical framework that combines the History of Science with Cultural Studies. I believe that Lightsey s book will not only be greeted with enthusiasm by his fellow medievalists, but will be regarded as a major contribution to what is now being called the secret life of things." - John M. Ganim, University of California, Riverside; Author of Medievalism and Orientalism

"Lightsey s study of the proliferation of mechanical marvels in the later fourteenth and fifteenth centuries offers a fascinating view of English court culture and its critics. Focusing on the court of Richard II, Lightsey shows the dynamic interplay of wonder, curiosity, and connoisseurship in contemporary literary responses to this important aspect of royal spectacle." - Katharine Park, Harvard University; Author of Wonders and the Order of Nature, 1150-1750

"This study of constructed marvels in late medieval literature and culture shows that an interest in mirabilia was central to developing medieval court cultures and to the individuals, including artisans, who supported such cultures. The study cuts through disciplinary boundaries and contextualizes mirabilia in a highly original way, providing a new view of the role of the technical arts in writings such as Piers Plowman and in the culture that surrounded such writings." - Pamela O. Long, Independent Historian; Author of Openness, Secrecy, Authorship: Technical Arts and the Culture of Knowledge from Antiquity to the Renaissance