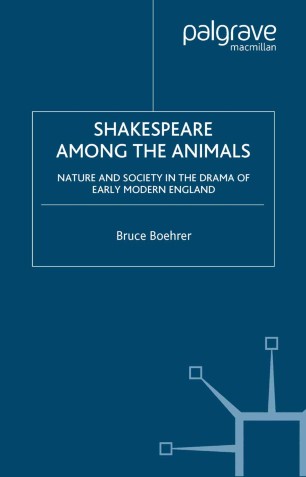 Shakespeare Among the Animals

Nature and Society in the Drama of Early Modern England

Shakespeare Among the Animals examines the role of animal-metaphor in the Shakespeare stage, particularly as such metaphor serves to underwrite various forms of social difference. Working through texts such as Shakespeare's Midsummer Night's Dream , Jonson's Volpone , and Middleton's A Chaste Maid in Cheapside , different chapters of the study focus upon the allegedly natural character of femininity, masculinity, and ethnicity, while a fourth chapter considers the nature of the natural world itself as it appears on the Renaissance stage. Addressing each of these topics in turn, Shakespeare Among the Animals explores the notions of cultural order that underlie early modern conceptions of the natural world, and the ideas of nature implicit in early modern social practice.