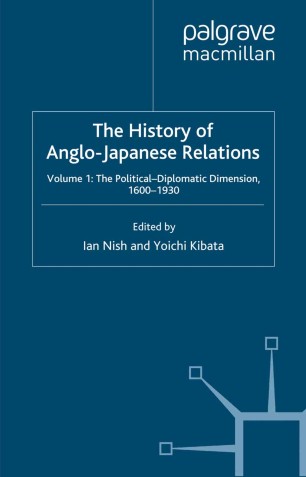 The History of Anglo-Japanese Relations

Part of the The History of Anglo-Japanese Relations, 1600–2000 book series (HAJR)

The Political-Diplomatic Dimension, 1600-1930, consists of parallel essays by Japanese and British academic specialists covering comprehensively the history of relations between Japan and Britain from the first contacts in the seventeenth century to the present. This study, and its companion, Volume 2, demonstrates that, in the political-diplomatic sphere, while there have been periods of serious disagreement, there has been on the whole a relationship of harmony and mutual understanding.